The triangle can be defined as  “A two dimensional plane figure with three straight sides and three angles”.

Terminology and Formulas of the Triangles:

The three lines segments that form the triangle area called sides of triangle. AB = c, BC = a, CA = b are the sides of the ΔABC ( triangle ABC). The Sum of any two sides of a triangle is always greater than the third side.

Two adjacent sides of a triangle intersect at a point. That point is called vertex. The points A, B, &C area called vertices or angular of ΔABC ( triangle ABC) .

Two lines segments with the same end point will determine one angle. Triangle has 3 angles namely

∠ABC, ∠BCA, ∠CAB and they also denoted as ∠B, ∠C, ∠A respectively. Always the sum of the angles of a triangle is 180°

Perimeter of a Triangle :

The interior of a triangle together with its boundary is called the triangular region or triangular area.

Median of the triangle :

Classification of the triangles:

Classification according to sides:

According to the sides the triangles classified as Equilateral, isosceles and Scalene 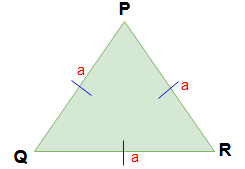 Perimeter of the equilateral triangle = 3 a

Radius of circumference circle of an equilateral triangle =   a / √3 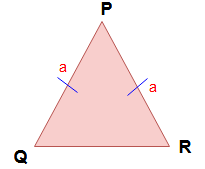 If the three sides of a triangle are of different length then the triangle is called scalene triangle.

Classification according to angle:

If triangle having one 90° angle  than it is called right angled triangle.

If triangle having one more than 90° angle  than it is called Obtuse angled triangle.

Properties of the Triangles: 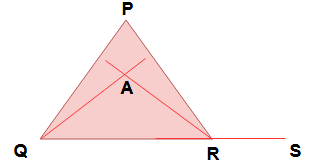 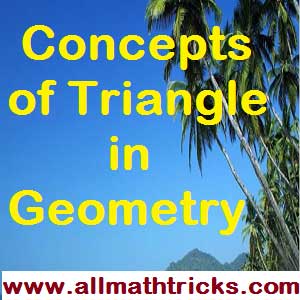 Topics in Quantitative aptitude math for all types of exams

Hi friends Thanks for reading. I Hope you liked it. Give feed back, comments and please don’t forget to share it.

2 thoughts on “Classifications of Triangles with properties | Triangle Area Formulas”