In this article we will get an idea about initial understanding of Coordinate geometry concepts like cartesian plane, quadrants, X-coordinate (abscissa), Y-coordinate (ordinate) & how to plot the points on a co-ordinate plane.

The concepts of Co-ordinate Geometry were developed by Rene Descartes (1596-1650). He is a French mathematician and philosopher and he is established an association between algebraic equations and geometric curves and figures. 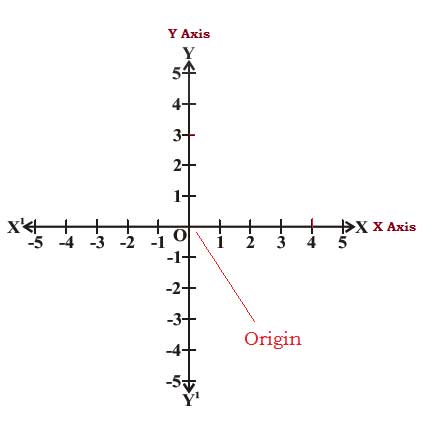 In the above figure we draw a vertical number line and horizontal number line meeting at a point perpendicular to each other. The intersection point is denoted as origin.

The point where XX1  & YY1 intersecting each other is called the origin, and is denoted by ‘O’.

The plane here is known as  the cartesian plane or co-ordinate plane or XY-plane. The X & Y axes are known as coordinate axes. 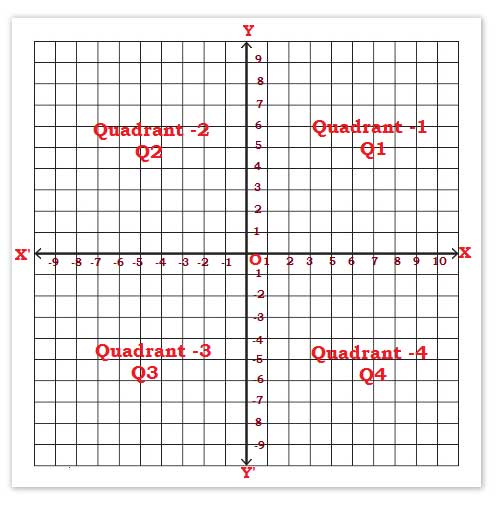 Coordinates of a Point ( or) Locating of coordinate points

A quadrant also defined as a part of a cartesian or coordinate plane obtained when the two axes intersect each other.

X coordinate – The X-coordinate of a point is the distance from origin to foot of perpendicular on X-axis. The x-coordinate is also known as the abscissa.

Y coordinate – The Y-coordinate of a point is the distance from origin to foot of perpendicular on Y-axis. The y-coordinate is also known as the ordinate.

In the coordinate system,  origin as a reference point to locate other points in a plane.

A coordinate is states the locate a point in two-dimensional space. The coordinates of a point are shown as (x, y). 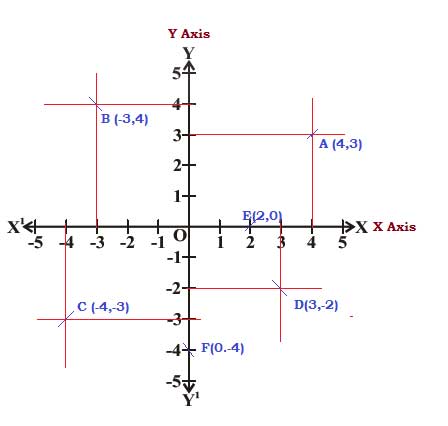 2) The plane in coordinate geometry is known as  the cartesian plane or co-ordinate plane or XY-plane.

4) The intersection point of the x and the y-axis is denoted as origin. At this point of origin, both values x & y-coordinate is zero.

5) The coordinate axes divide the plane in to four parts. These four parts are known as the quadrants

6) The point have to locate on the plane by a set of two numbers of (x,y) 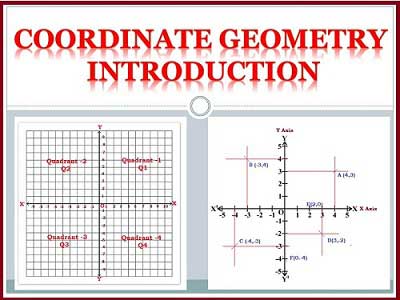 Types of Lines |  Straight and Curved Line | Lines In Geometry

Types of Triangles with formulas and examples

Quadrilateral formula for area and perimeter