Types of Lines |  Straight and Curved Line | Lines In Geometry

Basic concepts in geometry of Line, Line-segment and Ray – Please go through the below link

Types of Lines as per Geometry

Generally a line refers to a  straight line.  It is a line which lies evenly with the points on itself.

A line “ l ” is the set of a moving point P, Q and R which moves in such a condition that R is always collinear with the given two fixed points of P & Q then it is called straight line.

The path between two points which has no straightness is called curved line.

If two lines in a place have a common point then these lines are said to be intersecting line and their common point is known as Point of intersection. 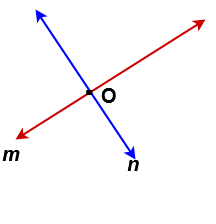 Here m and n are two lines and they are intersecting at a point ” O”. So these lines are called intersecting lines

If three or more lines passing through the same point they are called concurrent lines and the point through which they pass is called the point of concurrency or concurrent point. 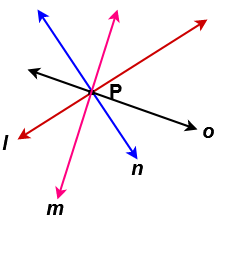 Here l,m,n & o lines are passing through the same point of ” P ” . So these lines are called Concurrent lines. The point ” P”  is called the point of concurrency or concurrent point.

If the measuring of the angle between two lines is 90o then the two lines are perpendicular lines. 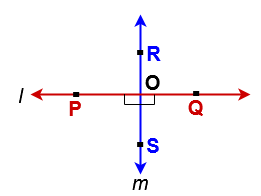 In the above figure  l & m are two lines and they are intersection at a point “O“. At a intersecting point four angles ∠POS , ∠QOS , ∠QOR  and ∠ROP are formed. Measure these angles. If every angle have right angle i.e 90o then lines l (

If two lines drawn in a plane such that they don’t intersect, even when extended indefinitely in both the directions, then such lines are called parallel lines.

1 . The distance between the parallel lines at every where is always same.

2.  The angle between two parallel lines is zero.

4. If two lines are perpendicular to the same line then they are parallel to each other. 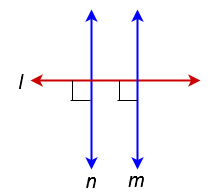 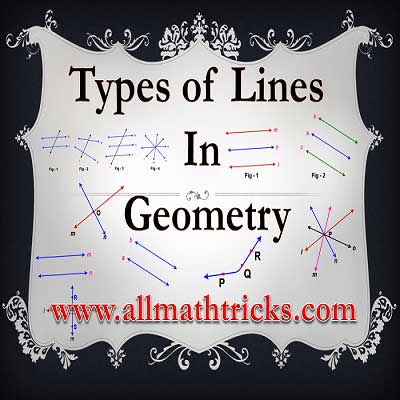 Thanks for reading. I Hope you liked this article “different types of lines in geometry”.  Give feed back, comments and please don’t forget to share it.

In this article provided formulas of Surface Area and  Volume of a Right circular cylinder , Oblique Cylinder & Hollow Cylinder with...